By Mark Elliott Health and Wellness, Pillars of Life, Work and Career 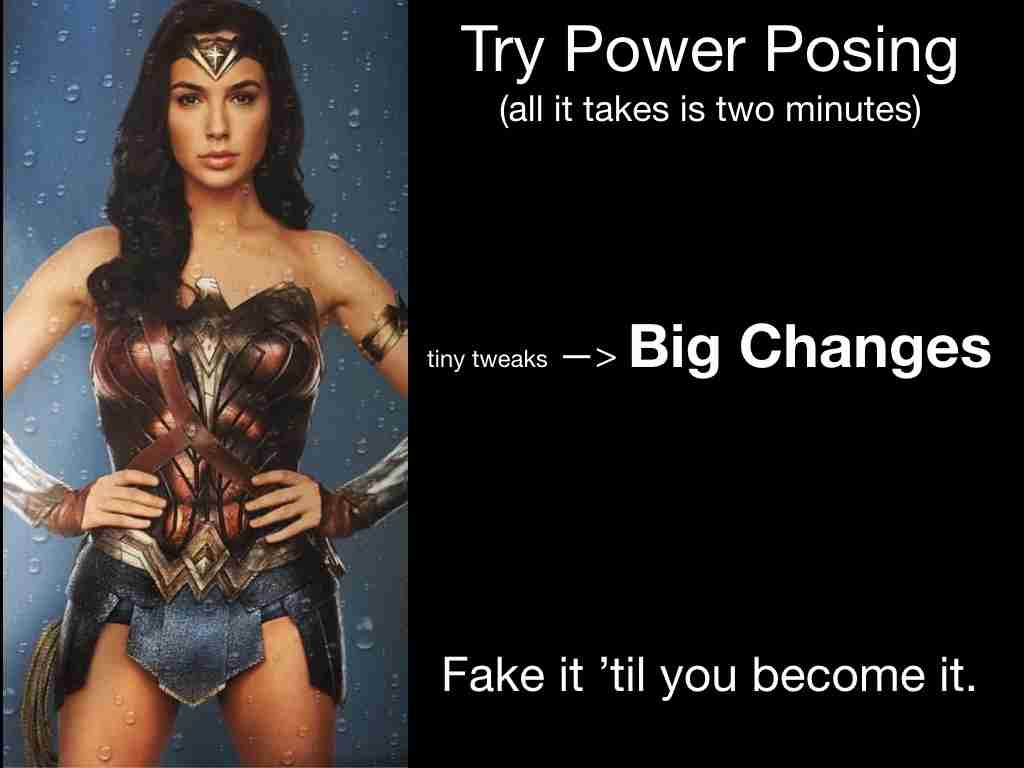 Don’t fake it until you make it, fake it ’til you become it. Do it until you actually become it and internalize. Tiny tweaks can lead to BIG CHANGES. Try Power Posing!

All it takes is two minutes. Before you go into the next stressful evaluative situation, for two minutes try posing in a Power pose. Configure your brain to cope the best in that situation.

Body language affects how others see us, but it may also change how we see ourselves. Try power posing, all it takes is two minutes. Social psychologist Amy Cuddy argues that “power posing” — standing in a posture of confidence, even when we don’t feel confident — can boost feelings of confidence, and might have an impact on our chances for success. (Note: Some of the findings presented in this talk have been referenced in an ongoing debate among social scientists about robustness and reproducibility.

The TED Talks channel features the best talks and performances from the TED Conference, where the world’s leading thinkers and doers give the talk of their lives in 18 minutes (or less). Look for talks on Technology, Entertainment and Design — plus science, business, global issues, the arts and more.