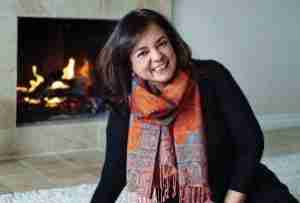 After battling cancer for four years, my body finally succumbed, and I crossed the boundary between life and death. My heightened awareness in that expanded realm was indescribable, despite my best efforts to explain it. The clarity was amazing. The universe makes sense, I realized. And I finally understood — I know why I have cancer!

I was too caught up in the wonder of that moment to dwell on the cause, although I’d soon examine it more closely. I also seemed to comprehend why I’d come into this life in the first place — I knew my true purpose. And I was overwhelmed by the realization that God isn’t a being, but a state of being… and I was now that state of being.

I saw my life intricately woven into everything I’d known so far. My experience was like a single thread woven through the huge and complexly colorful images of an infinite tapestry. All the other threads and colors represented my relationships, including every life I’d touched. There were threads representing my mother, my father, my brother, my husband, and every other person who’d ever come into my life, whether they related to me in a positive or negative way. Every single encounter was woven together to create the fabric that was the sum of my life up to this point. I may have been only one thread, yet I was integral to the overall finished picture.

Seeing this, I understood that I owed it to myself, to everyone I met, and to life itself to always be an expression of my own unique essence. Trying to be anything or anyone else didn’t make me better — it just deprived me of my true self. Not only that, it kept others from experiencing me for who I am, and it deprived me of interacting authentically with them. Being inauthentic also deprives the universe of who I came here to be and what I came here to express.

In that state of clarity, I also realized that I’m not who I’d always thought I was: Here I am without my body, race, culture, religion, or beliefs… yet I continue to exist! Then what am I? Who am I? I certainly don’t feel reduced or smaller in any way. On the contrary, I haven’t ever been this huge, this powerful, or this all-encompassing. 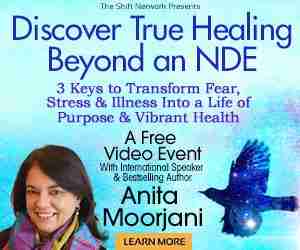 Live each day with lightness of being and unending gratitude

I had never, ever felt this way. There I was, without my body or any of my physical traits, yet my pure essence continued to exist, and it was not a reduced element of my whole self. In fact, it felt far greater and more intense and expansive than my physical being… magnificent, in fact. I felt eternal, as if I’d always existed and always would without beginning or end. I was filled with the knowledge that I was simply magnificent! How have I never noticed this about myself before? I wondered.

As I looked at the great tapestry that was the accumulation of my life up to that point, I was able to identify exactly what had brought me to where I was today. Why, oh why, have I always been so harsh with myself? Why was I always beating myself up? Why was I always forsaking myself? Why did I never stand up for myself and show the world the beauty of my own soul? Why was I always suppressing my own intelligence and creativity to please others? I betrayed myself every time I said yes when I meant no. Why have I violated myself by always needing to seek approval from others just to be myself? Why haven’t I followed my own beautiful heart and spoken my own truth? Why don’t we realize this when we’re in our physical bodies? How come I never knew that we’re not supposed to be so tough on ourselves?

I felt completely enveloped in a sea of unconditional love and acceptance. I was able to look at myself with fresh eyes, and I saw that I was a beautiful being of the Universe. I understood that just the fact that I existed made me worthy of this tender regard rather than judgment. I didn’t need to do anything specific; I deserved to be loved simply because I existed, nothing more and nothing less. This was a rather surprising realization for me, because I’d always thought I needed to work at being lovable. I believed that I somehow had to be deserving and worthy of being cared for, so it was incredible to realize this wasn’t the case. I’m loved unconditionally, for no other reason than simply because I exist.

I was transformed in unimaginable clarity as I realized that this expanded, magnificent essence was really me. The understanding was so clear: I was looking into a new paradigm of self, becoming the crystalline light of my own awareness. Nothing interfered with the flow, glory, and amazing beauty of what was taking place. I was given the choice to return from this other realm in order to share my life-changing insights with others. My near-death experience was the catalyst that allowed me to cure myself of cancer and to accept my true purpose here on earth — the truth of my being.

Anita Moorjani, an international speaker and the author of the New York Times bestseller, Dying to Be Me, and her latest book, What If This Is Heaven?, has a remarkable story.

After a 4-year battle with cancer, Anita fell into a coma and was given days to live. As her doctors gathered, attempting to revive her, she journeyed into a near-death experience (NDE) in which she was surrounded by unconditional love and deep wisdom. In this place, she was given a powerful truth: heaven is not a destination, it is a state of consciousness.

During her NDE, Anita was given the choice to return to her physical form or to continue on into this expansive new realm. She chose to come back. When she regained consciousness, the cancer that had caused her organs to shut down began to heal. To the amazement of her doctors, she was free of countless tumors and cancer indicators within weeks.

Anita’s NDE has captured the hearts and attention of millions across the globe. She has been a featured guest on The Dr. Oz Show, Fox News, The Today Show, CNN’s Anderson Cooper 360, the National Geographic Channel, The Pearl Report in Hong Kong, Headstart with Karen Davila in the Philippines, and many others.

Today, Anita, who lives in the United States with her husband Danny, continues to share her incredible story and lessons internationally. Dying to Be Me has sold millions of copies worldwide, has been translated into 45 languages, and has been optioned by Hollywood producer Ridley Scott to be made into a full-length feature film.

Prior to her cancer diagnosis, Anita lived in Hong Kong and worked in the corporate world for several years. She was born in Singapore of Indian parents and grew up speaking English, Cantonese, and an Indian dialect simultaneously.

Here is Anita’s TEDx Talk from November 30, 2013 where she shares her story. At the end of the video (13:30) she shares the five biggest lessons she learned from her near death experience (NDE):